At Easter 1915 the Cambridge Fire Brigade was proud to host a demonstration, where several events were contested for the honour of winning the Morrin Shield.

The postcard/flyer was designed and sent out to fire brigades all over the North Island. The small silver nameplates on the shield in the postcard are shown blank, waiting for the victors to be immortalised. 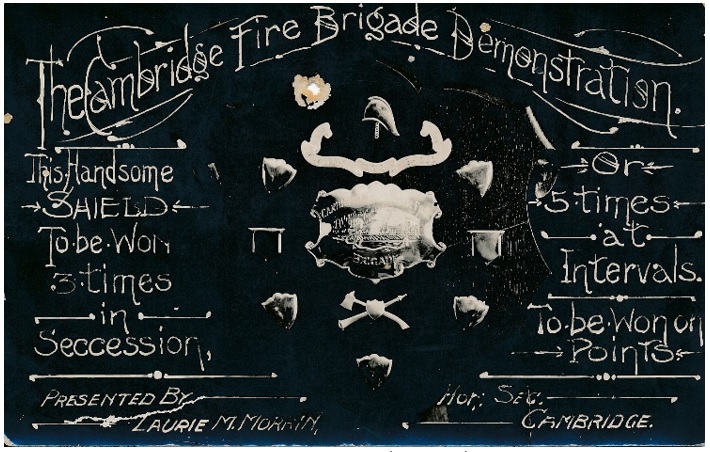 The competitions included the:

Cambridge competed well with placings in the Three-men, Baby Rescue and Five-men Carrying competitions. However, the overwhelming winners were from Onehunga, who won five out of those six events.

The events were well attended by the public, the takings at the gate amounting to £37 ($2,775 today).

The shield was presented by Laurie Morrin, Secretary of the Cambridge Fire Brigade. Mr Morrin was well respected in Cambridge, offering assistance to “most local organisations” according to a Waikato Independent report on 12 July 1921, on a decision to give a complimentary picture entertainment to him in recognition of his generosity. Mr Morrin was a pioneer of motion pictures and showed silent movies in the old Cambridge Town Hall and other parts of the district. 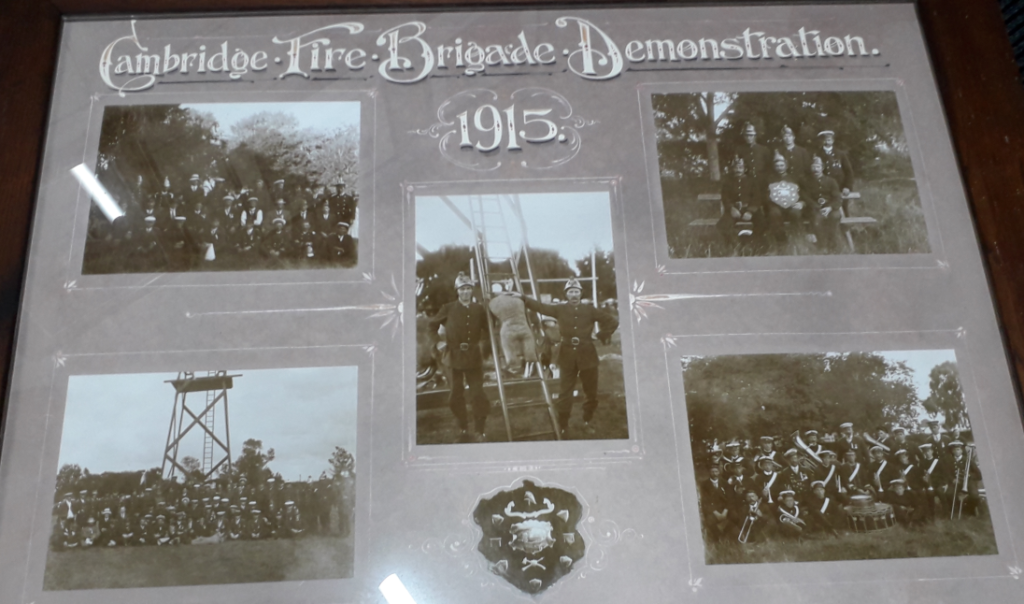 Our thanks to the Cambridge Volunteer Fire Brigade for preserving the Morrin Shield, postcard/flyer and framed photographs of the event.