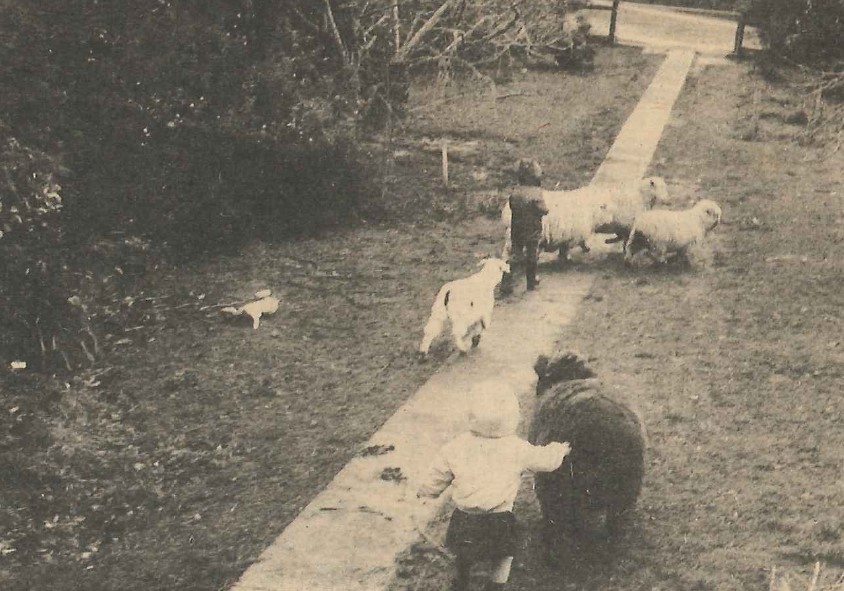 In December 1976, a commune called the Cambridge Christian Community started in Cambridge.  It was in French Pass Road and, after falling on hard times, it received gifts, donations and pledges from Cambridge residents.  Despite this, its Trust was liquidated in 1978.

Mike Bannister of the Cambridge Christian Community wrote an item in the Third NZ Whole Earth Catalogue 1977, held in our collection (accession no. 3070), extracts of which I have printed here.

The NZ Whole Earth Catalogue is described as “a hippy bible, ahead of its time, with sensible diets, energy saving, sustainable living, generally being cool and not an a**hole in relation to the planet. The book was everywhere for a good 10, 15 years, in communes, in cheap flats, in jails.” [thespinoff.co.nz]

“I’m writing this sitting in an old shed, surrounded by a miscellany of people’s stored belongings.  We live, seventeen of us (with another three waiting) in a single house, (at present) and our number is comprised of twelve children and eight adults.

“Since moving on to our 107-acre farm in December 1976 we have been faced with all the suspicions and misconceptions that anyone living in a community faces.  We are starting to see a softening in attitudes beginning now but it has been a long time coming.

“Our three families, one single guy and a solo mother with two children are basically ordinary people, doing ordinary things.  Jim and Paul work as posties.  Derek is a Pressy social worker, and me, well I’m a sort of general dogsbody working on the farm, co-ordinating what we decide to do etc.

“Our ladies: Ann who is a writer, Carmel who is still trying to be a mother, Jenny who is into crochet and macrame and is going to endeavour to start an alternative style kindergarten in the near future, (any info on such a project as distinct from a school would be welcome at P.O. Box 407 Cambridge) and last but not least, Nancye who is one of our candlemakers and an artist as well; all still regard themselves as wives and mothers first and foremost and are happy to be in these roles.

“We all have a basic concern with the things that community livers are usually concerned about.  Things like pollution, misuse of natural resources, the rip-off of artists in our economic structure, foodless foods, the bureaucratic monster, etc etc etc.  And starting with us we are trying to take steps to change from consumer to basic living styles.

However, because of our Christian faith we see a three-fold application to each area rather than just a physical one.  We see that the self-destruct mechanism that is being tripped in people’s lives is always exhibited by them either by blowing their bodies, blowing their souls or blowing their minds, and we have an answer which will meet these situations.

“As Christians we have for the last two-and-a-half years tried to find a way to work out in a practical manner the faith that is in us, and believe that we are now doing this by having an open community.  By that I mean anyone can come and visit and share what we do and have, and specifically by providing a loving Christian environment for the child victims of inadequate or broken homes.  This will mean building family units on the property and having each of the families involved in the community take three or four additional children as totally their own in all respects.  This is feasible and a working proposition in many other countries.

“That’s a little about us, our aims, objectives and beliefs; we hope some of you will come out our way and visit us, as we hope to visit some of you one day.  We have been really helped by a lot of the stuff that is out on alternative living especially in the NZ Whole Earth Catalogues and Mushroom.”

[Mr Bannister goes on to defend Christianity’s place in the commune, offers his views on contraception and adoption agencies, and recommends his commune as a good place to bring up foster children.]

“Lastly could I make the observation that it really is a fallacy that individuals can really do their own thing and get anything changed.  The real impact will be made when people with the same bag get together and work out what they believe.  Doing this peacefully and in harmony must be the ultimate lifestyle.  God’s blessings from the Cambridge Christian Community.”