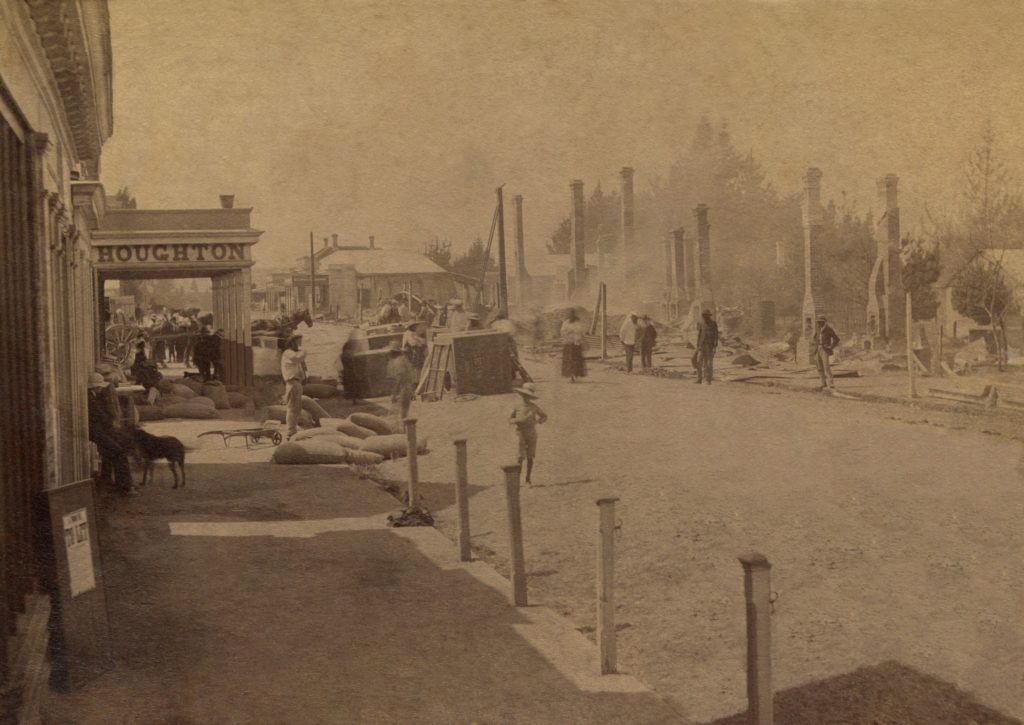 The formation of the Cambridge Volunteer Fire Brigade

Imagine battling fires with buckets and handheld fire grenades. That was the reality in Cambridge before the Volunteer Fire Brigade was formed in 1904.

This exhibition tells the story of the devastation of Duke Street in 1889 and the formation of the Fire Brigade over a decade later. Why did it take so long? Take a look at an original firefighter’s uniform from 1904 and examples of early tools used to control the flames.

Read more about Cambridge before the Fire Brigade here 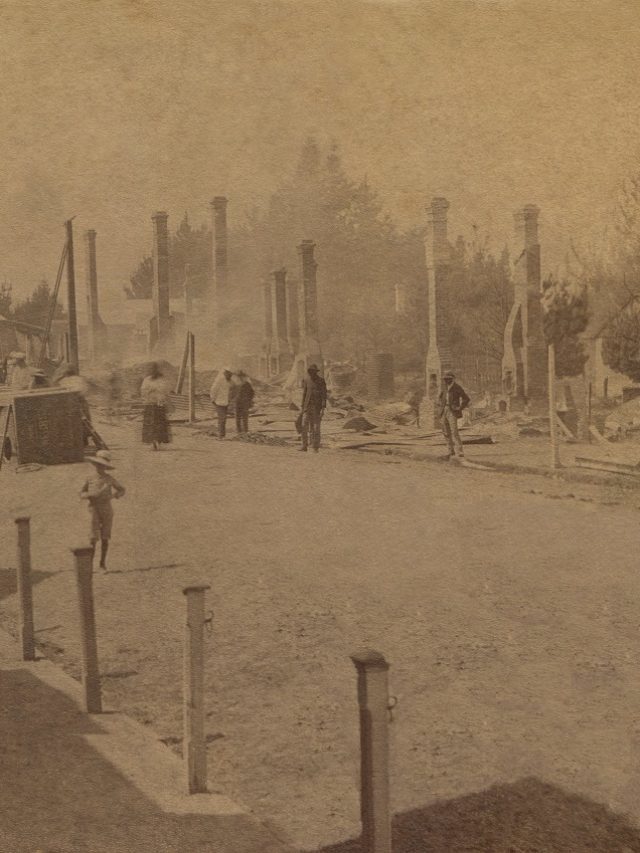 Cambridge on Fire by Ruby Strawbridge

Thanks to our Museum volunteers

Many people donated their time and expertise to help us with this exhibition:

Don Gerrand, Chief Fire Officer, organised the loan of items from the collection to the Cambridge Museum.

Jim Goodman and Godfrey Sadler
Godfrey and Jim used their skills as set designers for the Gaslight Theatre, to transform the walls in the exhibition area.

Brett Rossiter
Brett, our carpentry expert, rustled up three wooden lecterns and a plinth in a very short space of time.

Brenda Stamp
Brenda used her own computer software to repair a digital copy of our 1889 Duke Street fire photograph, before it was enlarged and hung pride of place on the wall.

Our thanks to Mary and her granddaughter Ruby for having the energy to spend an entire morning wallpapering the exhibition area.