This article, written by Ivy Nicholls to the Cambridge Historical Society in 1964, is held in the Cambridge Museum collection, no. 1576/10. 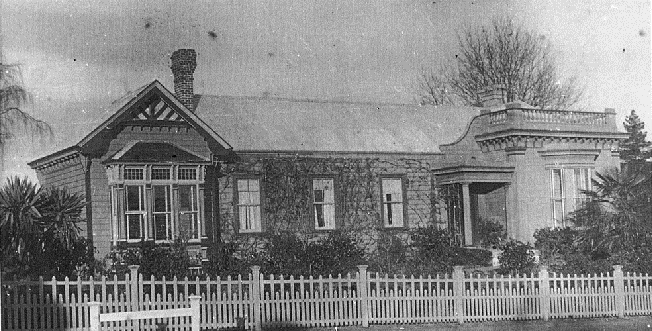 My mother, Mrs J K Nicholls, a widow with two small children, went to Cambridge from Takapuna early 1899. We stayed in rooms owned by an old Salvation Army woman, Mrs [Eliza] Maxwell on the lower side of Alpha Street for a few months, then my mother bought two houses and a section of land on the high part of Alpha Street, next door on one side to the Rout family property and on the other we bordered old Tommy Wells’ orchard by a thick box-thorn hedge. Mrs Carnachan’s several acres of land were at the back opposite the railroad station. They milked several cows and I crossed the paddocks each day for milk and cream. 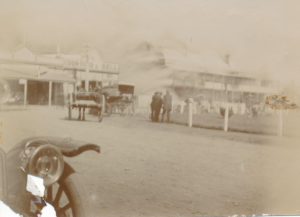 My mother let one house and we lived in the other. A couple of years or so later, Mr and Mrs Peake with teenage John and Lucy rented one of our houses while they were breaking in land at Roto-o-rangi. The Peakes bought the house and section later on, then, when their farmhouse was ready for occupation, they sold the Alpha St property to the Roman Catholics who built a school on the section. While the Priest was living in the house, the big fire in Cambridge which burnt out the National Hotel also burnt down the Priest’s house. Our house next door had one side burnt out, the rest was saved by the fire brigade and repaired. 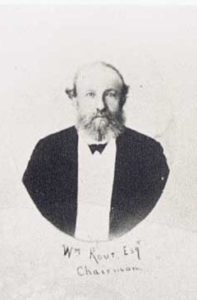 The Rout family lived on the corner of Alpha St with frontage to the street which runs down at the back of Cambridge to Duke St. Their small son Nelson along with Freddie Kinsford, who lived opposite on the lower side of Alpha St, played together with us as very small children. The Kinsford house was later bought by George Dickenson, the undertaker. Nelson Rout went to the First World War; he married overseas and was later killed in action. His widow sold the property to the Roman Catholics and they joined the two places together – our old section and house (which was burnt down) and the Rout place, which, I think, is the Roman Catholic Convent and school as it is today. 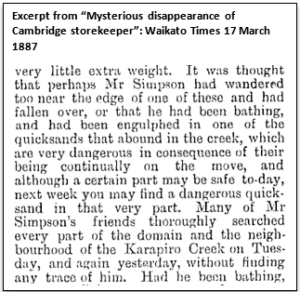 As small children when we first lived in Cambridge in 1899, we played down on the riverbank near the Karapiro bridge. It was like a beach there in those days; men with horse and dray would cart away loads of white sand. A very old resident warned my mother that it was dangerous to allow children to play on the river beach as there were patches of quick-sand and the story was that a man with his horse and dray were all swallowed up in the quick-sands and never seen again. Today the green swirling river spreads and backs up there looking deep and menacing.

My brother and I went to the Cambridge School in 1899. We attended the Presbyterian Church and Sunday School. The Rev Irwin was the minister in those days. The Mack children were playmates at school; their father [Mathew Joseph Mack] was Guard on the train and they lived in the railroad house opposite Carnachan’s paddocks near the station. We children ran wild playing on Carter’s flat which was sand and scrub and on the banks of the lake behind the railroad goods-shed – it was all open ground in those days – not many trees growing high like today. Most of that bank is covered with thick bamboo and trees there now … too dark and covered in.

The Carnachans were a very old Cambridge family; Mr Carnachan had been in the Maori wars. Miss Jeany used to tell the children bloodcurdling stories of how when they were young they had to run out of their house and hide in the tea-tree at the back when the Maoris were on the war-path. Their house was on the same street as Rout’s but on the other side further up. It was sold to Mervyn Wells, I think, when the Carnachans moved to Epsom in the early 1900s. 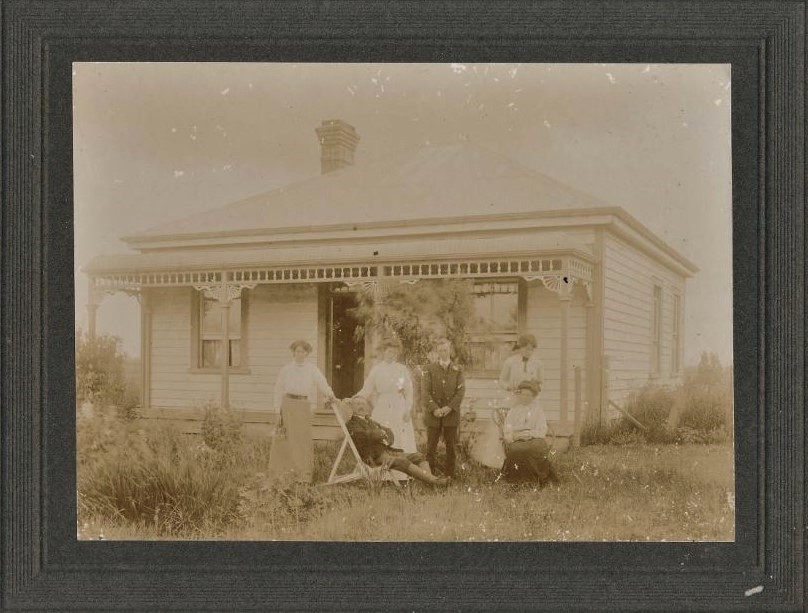 We left Cambridge in 1902 but returned again to Alpha Street in 1907. In the May of 1907 we bought a farm where I lived until 1923 then I went overseas. We sold our Alpha St house in 1920 when my mother died. Miss Meldrum rented our house for a number of years; I think she was a dress-maker. We saw the high level bridge opened and used it constantly for shopping in Cambridge. We saw the Post Office opened with its clock-tower on top – such a pity it was pulled off. And the Town Hall where we danced the hours away and helped with church bazaars and teas during the First World War years.

We often visited people on the riverbank where the big water-wheel ground the flour.