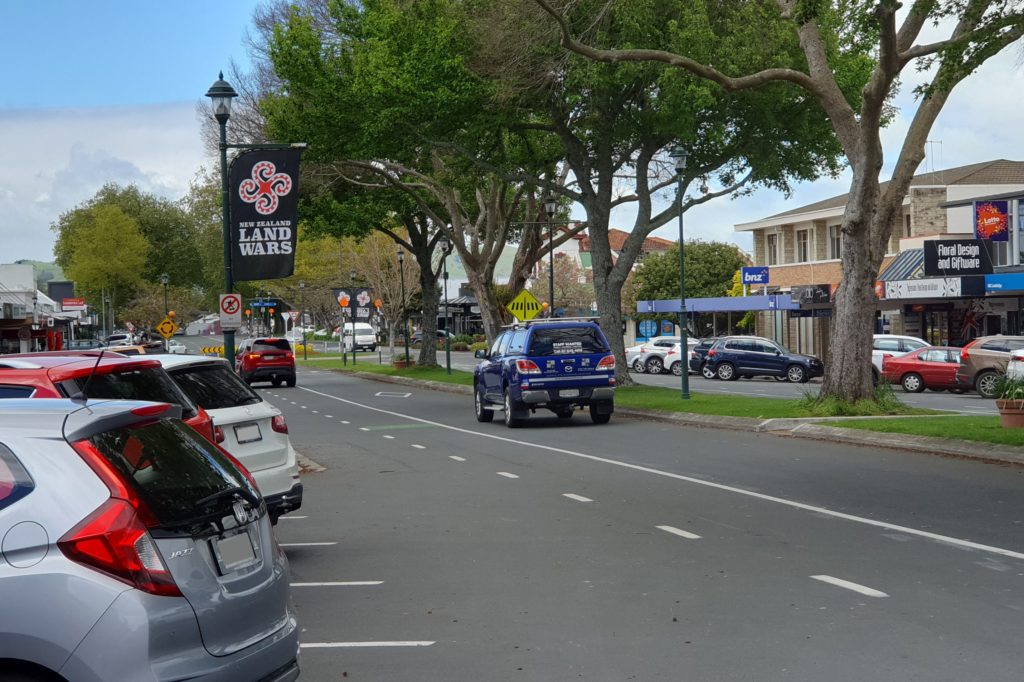 The flags lining Cambridge’s main streets mark a national day of remembrance – held on 28 October -when we to acknowledge the lives lost during the New Zealand Land Wars.

The flags lining Cambridge’s main streets mark a national day of remembrance – held on 28 October -when we to acknowledge the lives lost during the New Zealand Land Wars.

The New Zealand Land Wars was a time of conflict between 1845 to 1872.  Colonial and Māori forces clashed over issues of land disputes, loss of Māori autonomy, and disagreements over the interpretation of the Treaty of Waitangi / Te Tiriti o Waitangi. It came to ahead locally in Waipā during the Waikato War of July 1863 to April 1864.

In te reo Māori this day is called Te Pūtake o te Riri, He Rā Maumahara. Te Pūtake o Te Riri means the reason or source of anger or rage, a reference to the lasting importance and disastrous impact these wars and conflicts had on Māori.

Designed by local artist, Henriata Nicholas, they show a four takarangi representing the four rivers that flow within the district: Waipā, Mangapiko, Waikato, and Pūniu. The takarangi pattern depicts a momentum of force that is forever moving – the bringing together of knowledge in its centre, flowing outwards disseminating that knowledge. The kape (seed pod) pattern is representative of generational connection to the whenua in this district and beyond.

“White – the spiritual connection Māori have with the whenua. Red – loss of lives, the blood scorched land taken by colonists during and after the wars. Black – te pouri, the mourning of lives lost, land lost as a direct impact of the Land Wars.”

IN CAMBRIDGE WE REMEMBER

This day lies at the heart of our history and our cultural identity.  Discover more about local events by visiting the Te Ara Wai Journeys website. Start here>https://tearawai.nz/explore-cambridge

Posted in Articles
Next