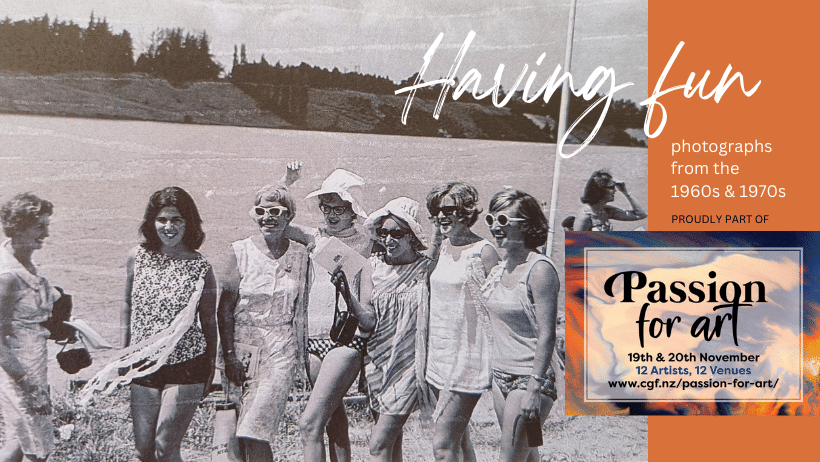 Cambridge Museum held a pop-up exhibition of Reg Buckingham’s photographs at the Arnold Cottage on Cambridge Road in November 2022. This is a digital version of the exhibition and includes additional details about the photos that were given to us during the event.  If you recognise any names and faces, please get in touch here.

Local amateur photographer Reg Buckingham documented Cambridge events between 1960 and 1986. His photographs come to us with such startling immediacy that we find ourselves wondering whether we are looking at someone we might know.

Because these photographs were taken to capture events, we do not always know much about the people in the photographs. Instead, we look at their clothing, the objects they hold, and the expressions on their faces to discover more about their personal stories.

What stories do they tell you? 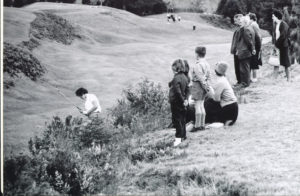 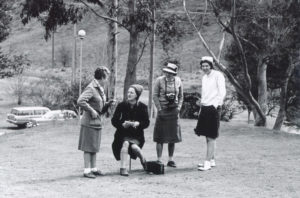 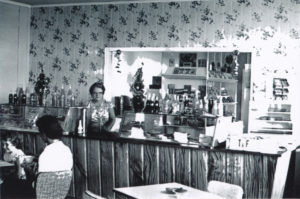 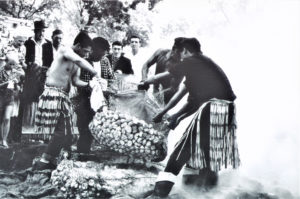 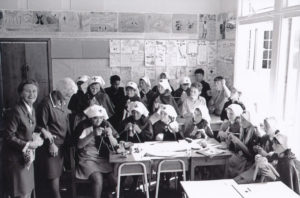 Students from Middle School being taught to knit, April 1970

This photograph may have been taken as part of Red Cross Week, which began on Sunday 26 April 1970 according to a notice in the Cambridge Independent. Do you notice a difference in the boys’ and girls’ behaviour? 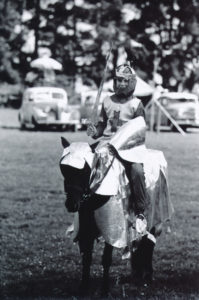 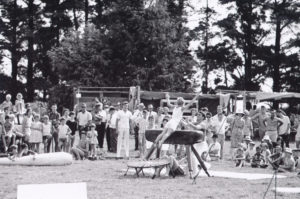 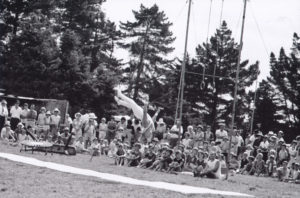 In 1968, Te Miro Sport was featured on television in the Looking at New Zealand series. It was the largest gathering of town and country residents in the 26 years the sports had been held. Cambridge Independent, Tuesday March 19, 1968 p1 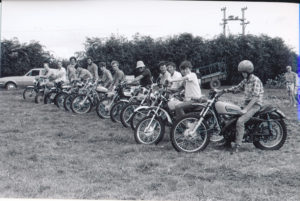 “Terrific” was the description given to the innovation of events for farm bikes. There was an exciting track for the obstacle course and there were other allied competitions. Practically all of the machines entered were Japanese – Honda, Yamaha or Kawasaki – and the majority were of medium power, suitable for Cambridge district farming condition. Cambridge Independent, Tuesday March 28, 1972 p1 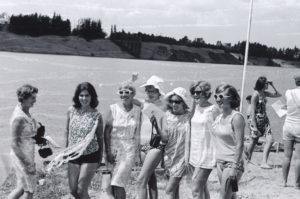 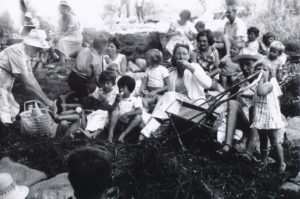 A group of picnickers sitting together, location unknown.

Ron Rimmer and Heather Rimmer (nee Skinner) are in foreground with daughters, Joy & Linda. The pair of legs could be Tony Rimmer. Top right, Mr Buchan. a teacher at Leamington primary school. 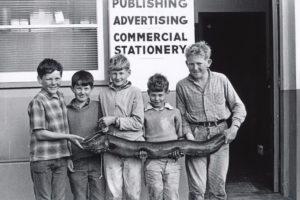 This monster eel was 121 cm long and weighed 7.7 kg. It was caught in the Karapiro Creek below Thornton Road by David and Michael Darling from Leamington. Twice it broke the line before it was hooked for a third time and landed after a struggle that lasted 30 minutes.
Cambridge Independent, Tuesday, Sept 2, 1969, p.1 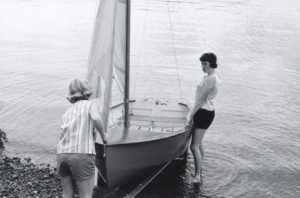 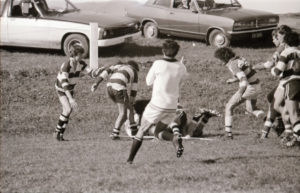 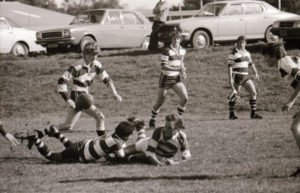 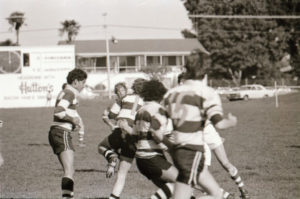 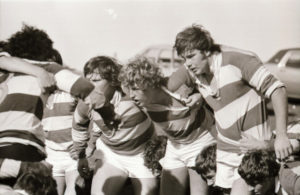 The referee is John Smith. 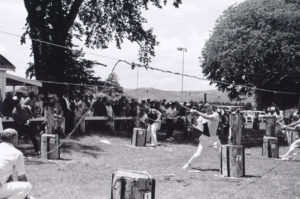 “The Greatest Show in 20 Years” said the Cambridge Independent headline. “With a change over from mid-week, the Cambridge Show on Saturday was undoubtedly the best held in the 20-odd years of the post war period.

There were many contributing factors, not the least being the sunshine which followed three bleak days of rain. The weather cleared as if by magic overnight. Cambridge Independent, Tuesday Dec 5 1967 p 1 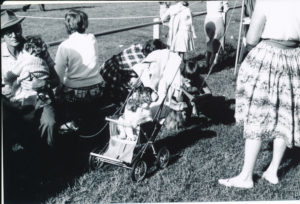 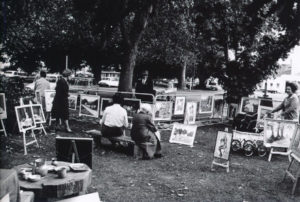 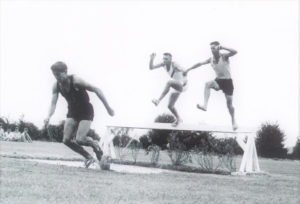 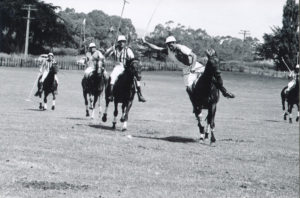 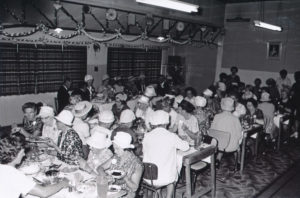 2917-19701129-RSA-widows-parish-hall
Over 60 guests enjoyed the second annual Christmas luncheon provided by the R.S.A. Women’s Section for Widows of World War I and II in the clubrooms on Sunday.

The lounge had been festively decorated and excellent repast was served, with the daughters of the women’s section waiting on the tables. Cambridge Independent, Tuesday December 1, 1970 p1 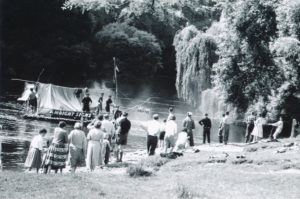 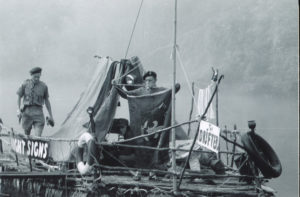 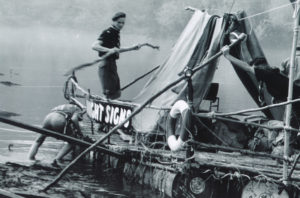 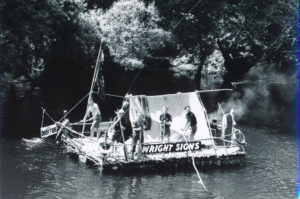 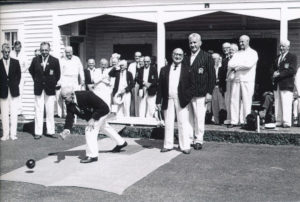 All images in this exhibition are digital reproductions of Reg Buckingham’s negatives. Preserved with assistance from Waipā Heritage Trust.

Cambridge Museum would like to thank the following people for their assistance:

If you would like to be involved in digitizing and/or preserving the Buckingham Collection, we’d love please leave your contact details with one of our team or email elizabethharvey@cambridgemuseum.org.nz

Posted in Exhibits
Next