The Waikato River, flowing through Cambridge runs for 425 km from Tongariro north to the Waikato Heads and into the Tasman Sea. The first European river transport to Camp Cambridge in 1864 was a Paddle Steamer and crossing the river was done by punt. 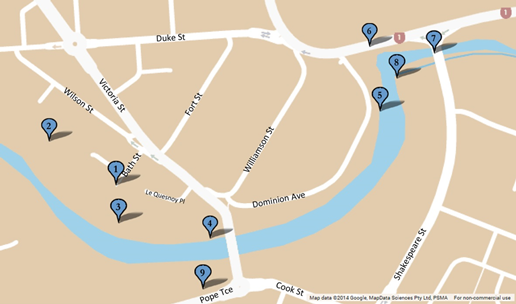 Leamington side (Soldiers track)
The Soldiers track follows the original cart track from the river’s edge to Cook Street.