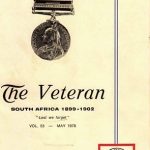 Corporal John Matson, age 23 years and 5 months, and Private Ernest James Ralph Smith age 26 of the Cambridge Troop (No. 3 Waikato Mounted Rifles) went to the South Africa War in the first contingent. They were both first class shots.

At the beginning of October 1899 New Zealand offered to the British Army one contingent for service in the Transvaal. The men were armed with ·303 rifles or carbines, they provided their own horses, and their ages were between 23 and 40 years.

The Waikato volunteers were guests at the Commercial Hotel in Hamilton and given a Farewell Dinner. Then on Saturday 7 October they left from the Hamilton Railway Station.

The Declaration of War was announced 13 October 1899 while the men were at Karori Camp. They cheered themselves hoarse and sang ‘God Save the Queen’, ‘Rule Britannia’ and ‘Soldiers of the Queen’.

When Peace was declared after the South Africa War, the Waikato Argus published the following account on 4 June 1902.

“Peace Celebrations Cambridge
There was great jubilation in Cambridge on Monday morning when it became known that peace had been declared and that what seemed likely to be an almost interminable war had really come to an end.

“The post master had evidently been preparing for the event, for the moment the telegram containing the welcome news arrived it was posted up outside the post office on a board that had been most elaborabtely prepared. In the centre was a map of the Transvaal, Orange Free State, and Cape Colony all coloured red; this was surrounded by portraits of the various generals who have been conspicuous in the war, and down below, alongside the telegram was “Dick” and it was extremely funny to hear the remarks that was made as one after the other came up to read the telegram.

“The Mayor (W F Buckland) at once dispatched messengers round the town announcing that all places of business would be closed at noon and not reopen until this morning. Everyone fell in with the suggestion most willingly and promptly at noon up went the shutters. The bells of St Andrews rang out a merry peal, the school bell and also the fire bell at Mr Souter’s joined in, and there was soon such a noise that not only the inhabitants of the town, but also those in the country districts knew what had happened.

“The school children were granted a holiday, and Mr Richards took along a couple of tins of lollies for them to scramble for. The band turned out and played at intervals through the day, the volunteers met and fired a feu de joie under the flag in the Jubilee garden, and in the evening a dance was held in the Oddfellows Hall.

“There was not any public meeting or speeches made, but there was any amount of talk, and some of it very ‘tall’. Everyone seemed thankful that the war was at an end, and intent on enjoying themselves.”

The School Bell, rung so hard at these celebrations by young Jimmie McNeish that it cracked right up the side, is in the Cambridge Museum collection.