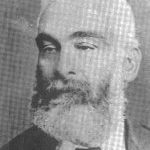 On 15 December 1865, the Alpha Waikato Lodge No.449, I.C., Cambridge was opened in a hotel later known as the Masonic Hotel, by dispensation by the Provincial Grand Master of New Zealand, I.C.
A booklet ‘The Lodge Alpha No 81 1883 – 1983’ relates the story that, “It seems highly probable that the early meetings of the Lodge were held in a Commissariat Store in Cambridge West, now Leamington. A rum cask was the first altar, and a certain Sergeant Carnachan paraded up and down in front of the door which faced the parade ground.”
A warrant was issued by the Grand Lodge of Ireland on 18 May 1866 as No. 449, but the Lodge had all but closed by 1868. The Lodge Alpha booklet goes on to say, “However some of the Alpha brethren must have remained in Cambridge, and apparently made themselves responsible for taking care of the Charter which reached them in 1870, and was not surrendered until 1877.”

This index of the members of the Alpha-Waikato Lodge, No 449, I.C. and the year they joined, is taken from ‘The Extinct Lodges of New Zealand’ by R W Bro Colonel G Barclay.