A history of the Cambridge Edition 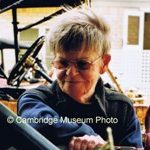 If you find someone or something of interest in this history click here to contact us with as much relevant detail as possible.

Our research fees are here.

The Cambridge Edition was first published on February 27, 1981.  It began life as The New Edition in opposition to the long-established Cambridge Independent with a circulation of 4,500, a casual rate of $1.10 and a 3,000 cm contract rate of 41 cents! It was only the second free community newspaper in New Zealand and it was strongly marketed as reaching every home (and therefore consumer) in the town and surrounding country areas, compared to the Independent’s paid circulation.

Its genesis was a phone call from a businessman and friend in Cambridge about a year after I had left the Independent as editor. He complained that the Independent had “gone right downhill” since I left and had I ever thought of starting a free paper. I hadn’t but the idea triggered months of legwork, research and a business plan.

It was made possible by a $20,000 mortgage on my home, the generosity of the Waikato Savings Bank and the recent arrival of cold type technology, the forerunner of desktop publishing.

The company’s first home was a small space in The Printing Establishment in the Railway Reserve with a tight, loyal and hugely passionate team without whom the resulting success would not have been possible. All were very experienced in the newspaper industry – three I’d headhunted from Barry Coleman (now NBR) at the Waikato Weekender.

That team was made up of a sales manager, production manager, proofreader/allrounder, typesetter and myself. We all learnt to do everyone else’s job from paste up to processing films in the darkroom and making bromides.

We rapidly ran out of room and needed a higher profile in town so moved to the old Central Hotel building on the corner or Duke and Empire Streets. After just two years we realised the paper’s name needed to include its geographical location – hence the name change to Cambridge Edition.

From day one we were fiercely competitive in every way from news to marketing to innovative promotions and community projects and I think it’s fair to say we quickly established a trailblazing reputation.

We launched or promoted many a fundraising scheme, a major one being getting behind the town to raise $20,000 towards a scanner for the Waikato Hospital in the early 1980s. We also initiated a programme with Cambridge Intermediate as part of their communications programme so kids could learn how to gather news, write it, sub it, set it, lay it out and paste it up and become more interested in reading newspapers – and they were hugely proud of having their own newspaper.

Another was a newspaper swap idea with our Sister City Mudgee, Australia . To mark the centennial of local government in Cambridge in 1986 we produced a replica turn of the century paper complete with classies [classified advertising] on the front page and Gothic type – a massive undertaking – there were no photos back then to fill the space.

In 1987 the Edition was one of the very first to buy an Apple Macintosh which became known as the smallest and most expensive computer in the country by the time it had been paid off at something like 18% interest – somewhere between $28,000 and $30,000. It’s now in the Cambridge Museum as “the smallest and most expensive computer in New Zealand”. But it was the greatest investment ever – and it ended my seven year love-hate relationship with that beast of a temperamental phototypesetter. Its worst feature was that it lacked the capacity to save copy so if the paper ran out or there was a light leak it was back to the beginning, and it was not hard to have either, particularly right on deadline.

It was also about this time that INL approached me with an eye to purchase and as the company was growing at a rate of knots I was fully aware that it was rapidly outpacing my limited accounting skills and needed the benefit of expertise, so we did a 50-50, the same as INL had with the Rotorua Review.

But after a short while the limitations of such an arrangement became all too apparent as we were rather out on a limb and did not fit into any part of the company. So a year later we completed the sale and became a full member of the community newspapers group. This also gave staff access to INL benefits such as subsidised super and health insurance.  In late 1988 we were able to move into much larger premises in Empire St which was home until 2001 when the company moved to Anzac St.

The first few years of the Edition were a huge learning curve, 16-hour days, seven days a week. I had to cope with everything from finding ways of making paper boys do their job properly to coping with Muldoon’s price freeze, carless days, and later legislative changes such as GST.

The Edition began as a weekly published on Fridays but, because of limited weekend shopping, then switched to Wednesdays to better suit the advertisers. It later became bi-weekly (Monday and Thursday) and reverted to weekly Wednesdays in the late 1990s.

Along the way we won and were placed in a number of the Community Newspaper Association’s competitions.

The first decade in particular was huge fun at the Edition. We weren’t just a staff at work but a very close family that looked out for each other and we actually made our own fun.  That closeness was reflected in the length of service of many. Marie Foster was among the first staffers and was with the company until she lost her life to cancer in 1992. Janette Williams joined in 1983 and retired at the end of 2004. Carole Hughes joined in 1988 and still works there part time. I was there from 1981 until July 2002.

I joined the Waikato Times in 1966 and then moved to Australia where I worked on the Sydney Morning Herald and later Woman’s Day magazine where I was initially feature writing and later gained my first experience working with colour and production techniques.

I moved back to New Zealand and the Waikato Times in 1971 where I held a series of departmental head positions and in early 1978 switched to community papers by moving to the Cambridge Independent as editor. I later worked briefly for the Weekender until starting the Edition.